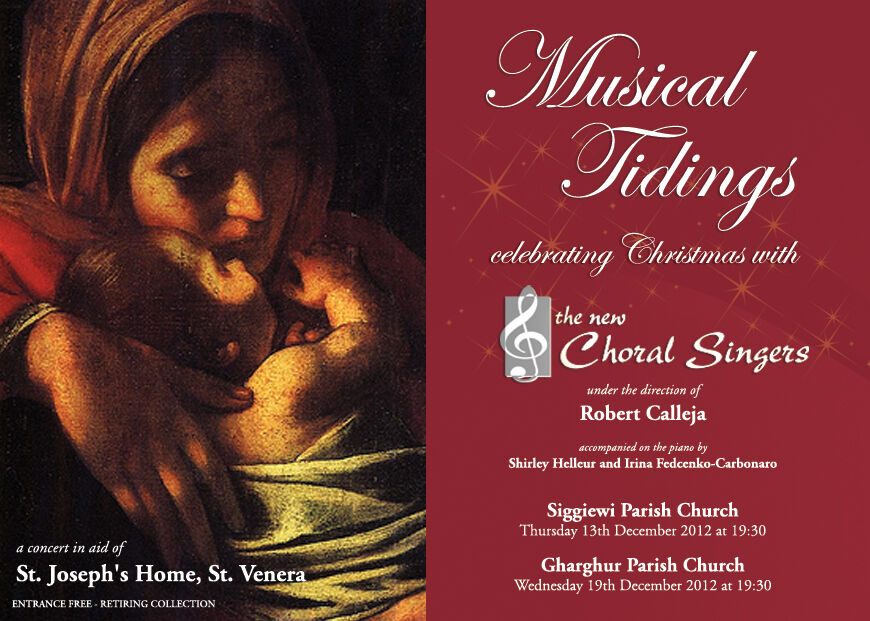 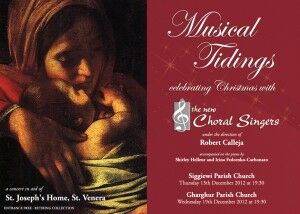 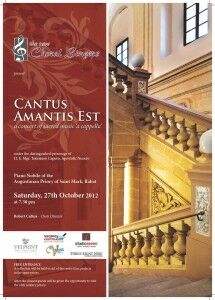 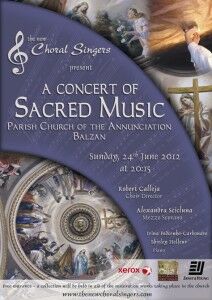 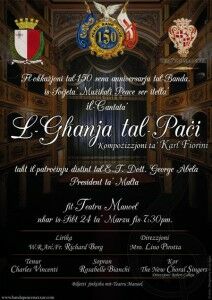 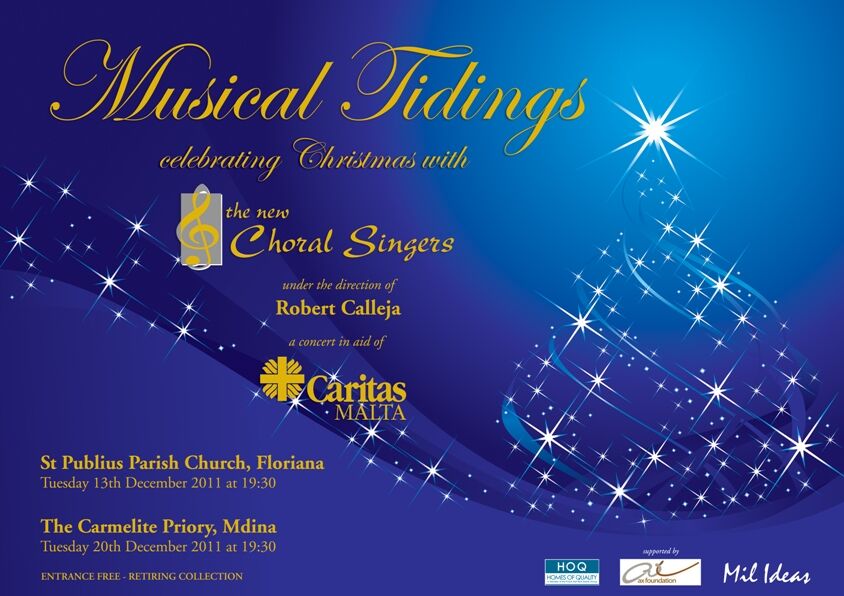 Tuesday 20th December, 2011
The Choir presented a concert of Christmas music
in aid of Caritas Malta
at the Carmelite Priory in Mdina

Tuesday 13th December, 2011
The Choir presented a concert of Christmas music
in aid of Caritas Malta
at the Parish Church of St. Publius in Floriana 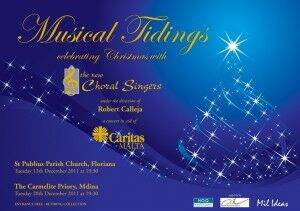 Saturday 3rd December, 2011
The Choir participated in a recital of
20th century and contemporary music
which took place at St. Dominic’s Church in Rabat (Malta)

This event was organised by
The Malta Association for Contemporary Music.

Friday 14th October, 2011
The Choir presented a concert of Sacred Music
together with the Norwegian choir
Kemmerkoret Nesodden/Frogn
at St. John’s Co-Cathedral 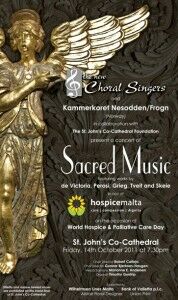 Monday 13th June, 2011
The Choir presented a concert of Sacred Music
at the Oratory Church, B’Kara 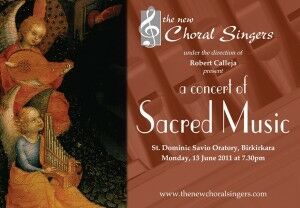 Friday 3rd June, 2011
The Choir presented a concert of Sacred Music
in collaboration with the Housing Authority
in aid of the Fra Diego Home for Children
St. Dominic Church, Rabat

Amongst other choral works, the programme included
the ‘Missa Benedicamus Domino’ by Lorenzo Perosi,
‘Praeces Sanctae Stephani’, a new work
penned in by Alexander Vella Gregory, and
‘Totus Tuus’ by the Polish composer Henryk Mikolaj Gorecki,
a work for an eight part choir. 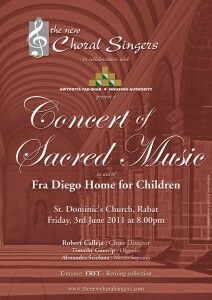 Saturday 7th May, 2011
The Choir presented a concert of Sacred Music
at the Parish of St. Gorg Preca, Swatar

The concert was held to raise funds for the new Adoration Chapel being set up by the Parish in Swatar. 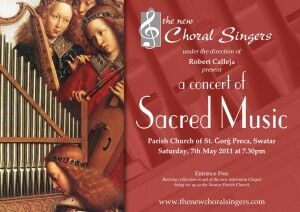 Thursday 28th April, 2011
The Choir presented a concert of Sacred Music
at the Parish of St. Bartholomew, Gharghur

This concert formed part of the events held to commemorate the
275th Anniversary of the consecration of the parish church
by Archbishop Alfaran de Bussan, on 22nd April 1736.

A retiring collection was held in aid of the Restoration Fund of the same church. 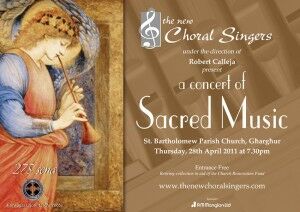 Saturday 5th March, 2011
The New Choral Singers teamed up with Coro Garoe from Madrid, Spain
to present an Evening of Choral Music

The concert took place at Our Lady of Mount Carmel Hall, Birkirkara
The program included both sacred and secular music
from the Renaissance through to works of our time. 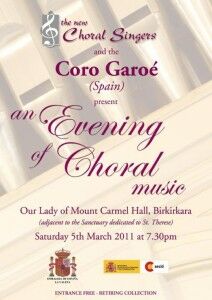 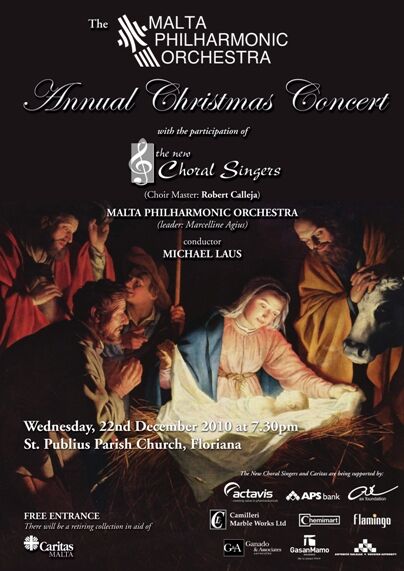 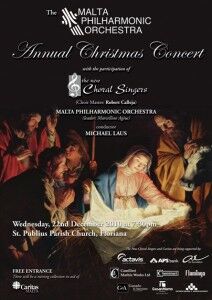 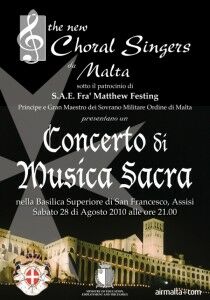 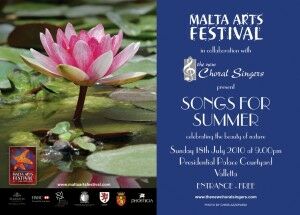 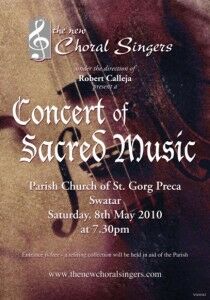 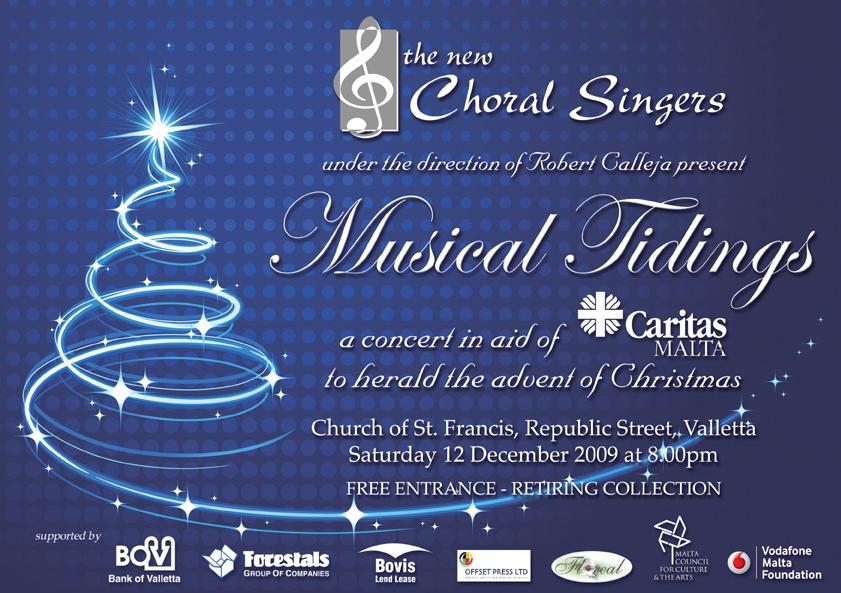 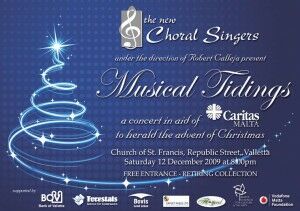 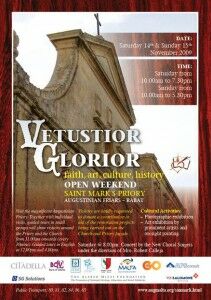 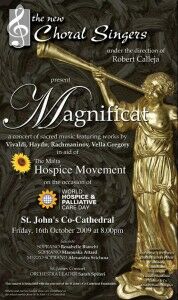 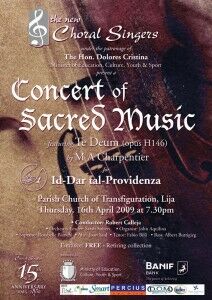 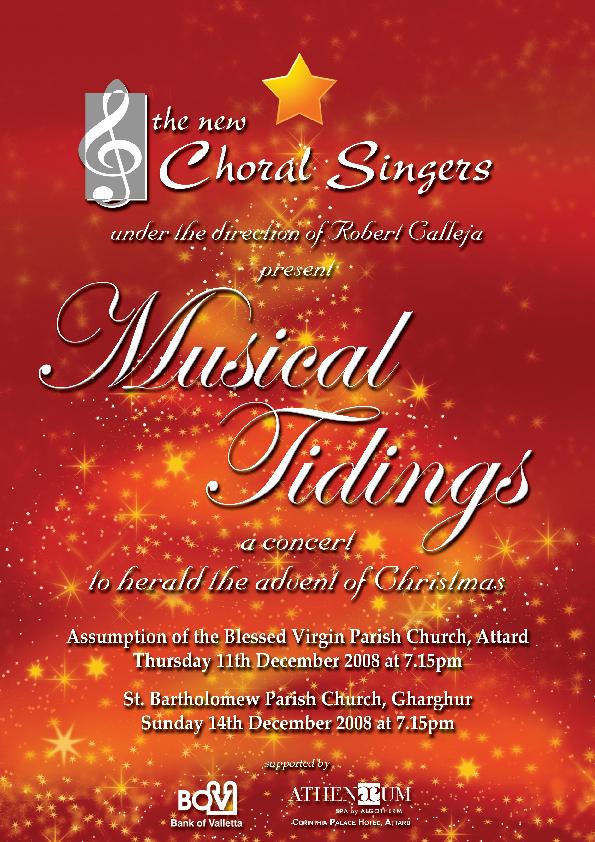 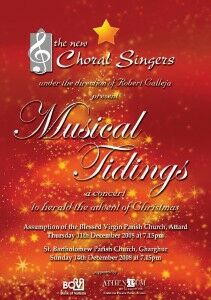